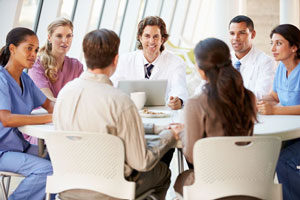 New York City is showing modest progress in the fight to curb the explosion in drug overdoses, with the health department reporting 38 fewer deaths last year compared to 2017, after a concerted $60-million effort focused on substance abuse prevention, treatment, and education, especially with regard to opioids.

Medication-assisted treatment involves prescribing and administering drugs such as methadone and buprenorphine, which help mitigate the symptoms of withdrawal and curb cravings.

Methadone is itself an opioid, albeit a relatively weaker one, that can help those suffering from addiction wean off stronger narcotics. Buprenorphine acts similarly and is an even more effective treatment drug since its effects level out no matter the size of the dosage. Both, however, are stringently regulated.

Methadone treatment programs are subject to oversight by numerous federal agencies, and the drug must be administered to patients on site under observation. For buprenorphine, doctors must receive waivers to prescribe the drug after undergoing an eight-hour training. In the United States, compared to other countries, the treatment remains vastly underutilized.

“Medication-assisted Treatment (MAT) is a standard of care for opioid use disorder and it is critical for treating addiction, and also is a protective factor against overdose,” said Dr. Denise Paone, Director of Research and Surveillance at the city Health Department’s Bureau of Alcohol and Drug Use. “So we’ve invested a lot of effort into the expansion, particularly of buprenorphine, because as you know, methadone is federally regulated.”