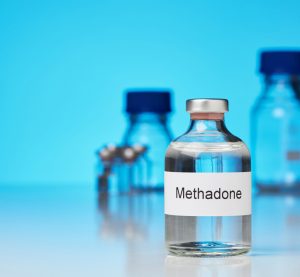 In a report published in the July issue of Health Affairs, addiction specialist Jessica L. Gregg, MD, told the poignant story of a patient she called James. She’d met James when he was hospitalized with hallucinations and headaches caused by brain cancer. Dr. Gregg had been called in because James was also having symptoms related to heroin withdrawal.

The day the two met, James told Dr. Gregg that he’d had pain in his back and shoulder ever since a long-ago car accident, and injecting heroin relieved the pain almost immediately—as well as lifting his feelings of loneliness and isolation.

James said that he’d been treated with methadone earlier, for four years, after trying buprenorphine unsuccessfully. After an attempt to taper off methadone, he’d returned to heroin.

He looked back rather wistfully at his time on methadone, before he’d relapsed. While on methadone, he’d had a job. His sister had let him visit. He’d gotten to know his young nieces and nephews. “He had a life he liked, and he was proud of it.

“Now,” Dr. Gregg recalled, “facing the end of his life, he wanted to stop using heroin.” James asked Dr. Gregg if he could go back to methadone, and she agreed to arrange it.

Triple therapy—radiation, chemotherapy, methadone—improved James’ condition, and he was soon well enough to be discharged from the hospital. His oncologist thought chemotherapy would allow James to live comfortably another year, perhaps even longer.

But James couldn’t manage the mandatory daily visits to the methadone clinic. Even if he could find a ride, he wasn’t well enough to stand in line waiting for his methadone dose. Nor was it likely he could leave the clinic in time for chemotherapy or radiation treatment.

And if nausea from chemotherapy or from the cancer itself prevented him from getting to the clinic, he’d have no way of getting his methadone dose.

Bottom line: once James left the hospital, the law offered him no alternative for methadone treatment.

James missed a chemotherapy appointment, then another. Then he missed radiation appointments. As Dr. Gregg described James’ downward course: “Then his cancer roared back to life, and he returned to our hospital confused, in pain, and dying.”

James was back on heroin, “sick, alone, and ready for hospice.”

His advanced stage of cancer qualified him for hospice care. That meant, Dr. Gregg explained, “his doctors could finally treat him with methadone—all he wanted in the first place.”

In what she called “the cruelest kicker,” Dr. Gregg underscored the option he had been given: treat his OUD with a medication he knew would work, or treat his cancer. If he chose not to treat the cancer, he would probably live only another month or so, but he would be eligible for hospice care—and methadone. “Not as a treatment for addiction, but as palliation,” Dr. Gregg stressed, “a way to ease pain and stress at the end of his life. He could even get methadone delivered to his home, “like a pizza.”

James, who had wanted to live, had chosen instead to die—to access methadone.

Why Did It Happen?

Dr. Gregg was left to ponder why. Why James had gone through what he did. Why there hadn’t been another way, a better way.

Her report cited some facts.

Given such facts, she commented, we might expect the government, and everyone involved in patient care, to be “frantically working” to increase methadone access.

Instead, many are blocking it.

Patients with opioid use disorder (OUD) are running up against barriers to access. Discrimination. Stigma. Laws and regulations. Dr. Gregg described desperate patients forced to choose between effective treatment for their OUDs—and other lifesaving services.

The crisis often hits when a patient is released from the hospital and has nowhere to go, she explained. Nursing facilities can legally dispense methadone, but are deterred by federal regulations and stigma. Dr. Gregg has yet to find one that will dispense methadone for OUD patients.

Nor do homes await these patients after they leave the hospital. Sober-living homes, group homes, or recovery housing often will not accept patients taking methadone, arguing that they are not truly “drug-free” or not “really” in recovery.

“If a patient is receiving methadone for pain, he or she can have it prescribed from any clinic and by any doctor, nurse practitioner, or physician assistant, with no additional requirements.” In contrast, laws about prescriptions for treating OUDs separate those patients, as if they’re “too dangerous, too out of control, or too different” to ever be treated in traditional clinical settings.

Dr. Gregg seeks sensible legal reform. She points to the SUPPORT Act as a useful step. (The SUPPORT for Patients and Communities Act of 2018 allows Medicare to pay OTPs for methadone.) Two things she would especially like to see, in addition: immediate methadone access for OUD patients in their own home, if they meet documented medical criteria; and treatment in primary care for patients who are on a stable dose of methadone.

Considering the frustrations that she and other caregivers have encountered in helping James—and so many other patients—and reflecting on patients’ “nearly miraculous determination to try again and battle this craving that is killing them,” Dr. Gregg observed, “we offer them obscene regulations, discriminatory practices, and impossible choices.

“Why—how—do the patients even try?. . . And why don’t we reward it by making treatment with a highly effective medication acceptable, and even commendable?”

Dr. Gregg isn’t certain that James would have avoided heroin if he’d been able to continue methadone treatment. He had “so many battles to fight.”

But there was something essential that she could say for certain: “James, and so many others who have died or are now dying, should have been given the chance.”