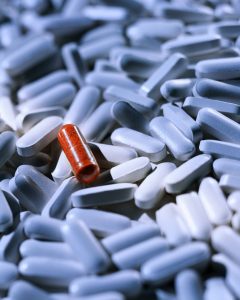 In November 2017, the drug company Indivior received Food and Drug Administration (FDA) approval for Sublocade, a once-monthly buprenorphine injection for patients with opioid use disorder. In December 2018, Braeburn Inc. received FDA approval for a similar product but could not sell it due to Indivior’s marketing exclusivity period. Typically, the FDA grants three years of marketing exclusivity for new formulations of previously approved drugs such as buprenorphine. However, in a controversial decision, the FDA approved Sublocade under a 1994 orphan designation for one of the company’s prior buprenorphine products. Consequently, under the Orphan Drug Act of 1983, Sublocade is entitled to a seven-year period of marketing exclusivity (so-called orphan drug exclusivity).

Despite this entitlement, it is currently unclear whether the FDA has granted orphan drug exclusivity. To prevent this possibility, Braeburn Inc. filed a Citizen Petition in April 2019, calling for the FDA to revoke Sublocade’s orphan designation and refuse to grant orphan drug exclusivity (or withdraw exclusivity if already granted). This petition—which is separate from a lawsuit that Braeburn Inc. Filed to overturn a three-year marketing exclusivity period for Sublocade—argues that Sublocade is not a bona fide orphan drug because opioid use disorder, a disease that affects more than two million Americans, is not a rare orphan disease.

As of the time of writing, the FDA has not decided on the petition. By statute, the agency has 150 days to respond. We will provide policy context for this controversy and argue that the FDA should not allow orphan drug exclusivity for Sublocade.