Not only is cannabis—marijuana—legalized for recreational use in many states; it’s also legal for medical use in even more states, and some states are even suggesting it can be used to treat opioid use disorders (despite the lack of scientific evidence supporting this as an indication). What’s an opioid treatment program (OTP) to do?

We talked with one OTP facility in Colorado, the first state to legalize recreational use, and with a representative of the American Society of Addiction Medicine (ASAM).

“I can really only share our experience in Colorado,” said Tina Beckley, MA, CACIII regional director in Colorado for Behavioral Health Group (BHG). Ms. Beckley was the go-to source recommended by the American Association for the Treatment of Opioid Dependence (AATOD), as her experience early on will be helpful. 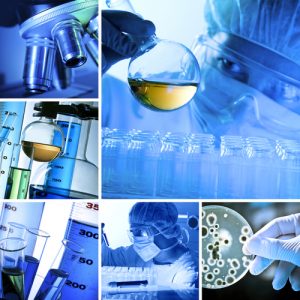 For example, initially, BHG didn’t test for tetrahydrocannabinol (THC), the psychoactive ingredient in marijuana, Ms. Beckley, whose home office is based in Dallas (she is based and lives in Colorado), told AT Forum. As a result, many patients were using marijuana regularly, she said. However, once THC testing was implemented (Colorado required it in OTPs, starting in 2006), many patients began losing their take-home doses, one phase at a time. “Some of them decided to give [marijuana] up, and others decided that they would continue losing [take-home] phases and come into the clinic more often,” she said. “There were others who left treatment altogether.”

Cannabis was first legalized in Colorado, for medical use before recreational use, as is the typical trajectory. Legalization for medical use presented an “immediate challenge” to OTPs in the state, said Ms. Beckley. “Patients who had been using THC for years thought that if they were able to get a medical marijuana card, they would be able to earn take-home medication if all other requirements were met,” she said. But only very few patients were able to continue to receive take-homes while using medical marijuana, she explained: those with no history of illicit marijuana use, who also had a medical condition that was identified as being treatable with marijuana, and whose primary care providers agreed to the use of medical marijuana. Only “a couple” of patients met those criteria, she said.

But once recreational marijuana was legalized, the situation become more complicated, said Ms. Beckley. “Many patients felt because it was legal, they could continue to use it. It has been a real challenge for the programs to explain that OTPs follow federal rules, so if a urine drug screen is positive for THC, it is considered a positive urine,” she said. “Many patients also believe that it is the clinic’s rule, and that it can be changed,” she added, citing the feedback locations get every year on patient satisfaction surveys.

And she pointed to a definite problem for OTPs in legalization states. “Initially, there were quite a few patients who moved here because of the marijuana industry,” she said. “They were quite discouraged that they could not earn take-home medication if they used marijuana.” And patients who transferred from states where OTPs did not test for marijuana also become discouraged when they found out they would be tested for it, and lose their take-homes.

One anecdotal note from Ms. Beckley: some of the patients who did stop using marijuana so they could keep their take-homes reported feeling “clearer” than they had in a long time.

“Our treatment staff feel that THC is mood-changing and mind-altering, with addictive properties, and is not conducive to sobriety, so it is a clinical and therapeutic struggle,” she said.

However, programs would like to see state regulations revised, said Ms. Beckley. “One of our programs recommended that THC be removed from the drugs tested for, and to leave it at the discretion of the OTP to treat clinically,” she said. Another option would be to allow patients who use recreational marijuana and meet all other requirements for take-home medication, to be allowed one take home a week (in addition to Sunday). That second option would significantly decrease the number of patients who must dose on Saturday, she said.

“We feel that it is unfortunate that cannabis is still considered a Schedule I drug,” said Ms. Beckley, noting that a number of states allow for recreational marijuana, and that even more states allow for medical marijuana. “Many of our patients, again anecdotally, report that THC helps with the opioid withdrawal symptoms, but without the ability to facilitate medical marijuana research, the positive claims cannot be substantiated,” she said.

While ASAM is opposed to asking patients to leave treatment because they use marijuana, there is a concern that other substances, whether cannabis, alcohol, cocaine, or any other drug, could adversely affect the OTP patients, said Yngvild Olsen, MD, medical director of the Institutes for Behavior Resources Inc/REACH Health Services in Baltimore City, and an ASAM Board Member. Use of cannabis or other substances “needs to be identified and treated as a health condition,” she told AT Forum.

What if the OTP patient—or, for that matter, an OBOT patient on buprenorphine—has a prescription for cannabis? “ASAM policy says that in those states where medical cannabis is permitted under state law, the same kind of clinical and health-related approaches should be used as for other medications, such as benzodiazepines and opioids,” said Dr. Olsen. “Even if it’s recommended or prescribed, it still may have negative consequences” for patients on methadone or buprenorphine, she said.

And while the Substance Abuse and Mental Health Services Administration and the Joint Commission do not require OTPs to test for marijuana, except upon admission, some states, such as Maryland and Colorado, do, said Dr. Olsen. “There are a number of OTP medical directors and other clinicians who wonder about the value and benefit of testing for marijuana,” she said. “But it’s similar to why we do breathalyzers for alcohol and test for other substances—it’s not to discharge patients, but it’s a marker for people who are at risk for other health conditions.”

Meanwhile, states continue to look at the idea of marijuana as a treatment for opioid use disorders, possibly replacing methadone and buprenorphine, despite the lack of evidence. “It’s frustrating,” said Dr. Olsen.