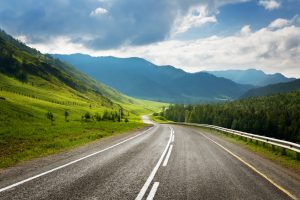 The Drug Enforcement Administration (DEA) is not yet ready to talk about mobile vans. The agency is likely to release new licensing regulations, which will open the door to more mobile vans to provide medication-assisted treatment for opioid use disorders—most likely in conjunction with brick-and-mortar opioid treatment programs (OTPs)—sometime this fall.

Demetra Ashley, associate deputy assistant administrator of the Office of Diversion Control of the DEA, told the board of the American Association for the Treatment of Opioid Dependence (AATOD) that the project was underway last year. However, it was last fall that she said that, and the situation hasn’t changed yet.

This affects many programs. For example, Washington State, as part of its CURES State Targeted Response to the Opioid Crisis (STR) grant, wants mobile vans. Evergreen Services in Seattle would buy two vans. “They have the CURES money, they have a designated provider, now they’re just waiting for the vans,” said Mark Parrino, MPA, AATOD president, in an interview. “But they can’t buy the vans until the DEA releases its new licensure standards. They’re ready to go, but they can’t.”

About four years ago the DEA decided not to license any new vans, but they did not de-license any existing vans. Once the new regulations are released, more mobile vans are expected to provide more treatment to more patients.

The following states have mobile methadone vans connected to OTPs (all data as of 2014):

Importantly, federal authorities need to be ready with a team of consultants who can help state authorities and providers comply with the new regulations.

Mr. Parrino doubts that the DEA would allow methadone to be dispensed from mobile vans that are not associated with brick-and-mortar OTPs. The reason is the storage rules for the medication.

The DEA’s proposal needs to be vetted through its main agency, the Department of Justice. In addition, every regulation must go through the Office of Management and Budget.