It has become clear that many people with opioid use disorders (OUDs) end up in jails and prisons. Immediately cut off from their source, they go into opioid withdrawal. Some of these inmates become severely dehydrated. Some who do will die if their dehydration is left untreated.

Opioid treatment programs (OTPs)—programs that offer methadone or buprenorphine—are the ideal liaisons for people with OUDs. These programs not only provide treatment for the inmates; they also educate about the important role of medication-assisted treatment (MAT) in keeping people with OUDs out of jails and prisons in the first place.

Community Medical Services (CMS) in Arizona is working with Maricopa County and the state on several key initiatives for getting medications to patients in the area’s corrections systems. The first initiative is drug courts, because they can help keep offenders from incarceration, if the offenders agree to take part in a treatment program.

Unfortunately, for too long, many drug courts have been opposed to agonist treatment. But that started to change in 2015, with an announcement by the federal government that drug courts would not receive federal funding if they categorically refused to use MAT.

After the announcement, the drug court in Maricopa County, one of the oldest in the country, started working on a plan to incorporate MAT into its system.

Still in its infantile stages—it started in December— the drug court program is already successful. “At first, the drug court was skeptical,” Nick Stavros, CEO of CMS, told AT Forum. “They wanted to see the results of starting a small number of people on methadone or buprenorphine. Within weeks they came to us and said, ‘We’re seeing patients who have never tested negative for illicit opiates actually starting to test negative for the first time.’ They were sold right away.”

Currently, CMS is treating 50 to 60 patients with MAT in the Maricopa County drug court. “We have a drug court liaison who attends drug court staffing every day to help identify MAT candidates and helps navigate them to the closest treatment program,” Mr. Stavros said.

This is a particularly sweet success story for the OTP. Until 2014, the drug court was abstinence-based, and would work only with abstinence-based providers. “But then they came to us and said OUD members’ recidivism rates were too high and showing little progress in the abstinence-based curriculums.”

The drug court changes happened at about the same time that a key court decision was handed down in the county. The decision stipulated that any medical care available in the community should also be available inside local jails.

One of the strongest supporters of OTPs and methadone treatment in Maricopa county is Jeffrey Alvarez, MD. Dr. Alvarez, who has been medical director for Maricopa Correctional Health Services for more than five years, is also on the Board of Directors for the National Commission on Correctional Health Care.

“Dr. Alvarez wanted to start his own OTPs within Maricopa County jails,” said Mike White, director of community relations, and the liaison to correctional health for CMS. “Maricopa County Jails now have four internal OTPs, and are about to have a fifth.”

The Four Phases of the County Program

Phase 1 of the OTP collaboration within the Maricopa County corrections system was just for pregnant women; that program started 4 years ago. The MAT operations were completely operated by CMS while offenders were provided counseling services through the Correctional Health Services Counselors.

“Our chief medical officer provided the script; we provided counseling,” said Mr. White. “You can’t bill for this in jails, so we did it 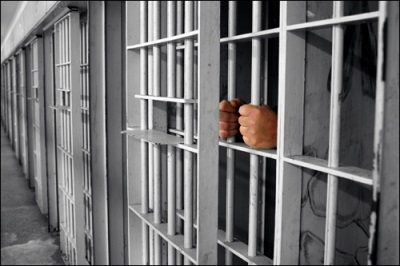 without charge.” Phase 1 was carried out only for current OTP-enrolled patients who became incarcerated. Phase 2 applied to new patients: women who were pregnant, addicted to opioids, and in jail. Phase 3 covered current maintenance patients, transferred to drug court: CMS would keep them on maintenance treatment.

The current project—Phase 4—involves the OTP as soon as anyone arrested in Phoenix is in withdrawal. “Correctional Health Staff conducts a COWS Assessment upon intake and determines if the person may be appropriate for MAT, and they are then inducted on methadone inside a Maricopa County jail,” said Mr. White. (A COWS Score—an 11-item Clinical Opiate Withdrawal Scale—is used to rate and monitor common symptoms and signs of opiate withdrawal.)

When Dr. Alvarez opened his own OTPs within the jail system, CMS hand-held the operation and trained the providers on how to prescribe medications.

No More Withdrawing in Jail

In addition to getting support from Dr. Alvarez, CMS has gained the backing of the corrections staff. “They support this because it makes their lives easier,” explained Mr. White. For inmates being sent to prison, the OTP has an agreement to provide a 30-day withdrawal management program for those diagnosed with OUD.

“Kellsie Green is a story that comes to mind.” Mr. White recalls the 24-year old who died last year in Anchorage, Alaska, six days after entering jail. She was detoxing from heroin. “When instances like this occur, corrections staff end up being our biggest advocates,” said Mr. White.

When inmates in withdrawal are given tapered doses of methadone or buprenorphine, it helps mitigate the sickness, and the guards don’t spend their time “cleaning up vomit and feces. It’s easier on them. On the front end they don’t see that, but once you have a program, everyone recognizes that it’s a big improvement.”

CMS also supports release centers for people who are offered residential services through the AZ Department of Corrections. The offenders are given the option of methadone or Vivitrol during these stabilization periods, or pre-release, or can be offered an intake upon release for buprenorphine or methadone treatment.

A parole officer sometimes gives a newly released inmate who is struggling a “time-out” in a stabilization unit or re-entry center. The person may spend anywhere from one to 90 days there. During that time, CMS can get a referral from the corrections department, and start that person in treatment in one of its clinics.

These re-entry centers are a key second chance for people who otherwise might be re-incarcerated. “Let’s say they were on parole, and started using again upon their release. They have to go in to meet with their parole officer,” explained Mr. White. “It’s voluntary to go back into custody for treatment, but if you don’t, they incarcerate you. It’s not the same as jail, it’s very much trying to be a therapeutic community. So we go into this facility and provide the MAT services.”

Typically, Vivitrol has been the medication favored by criminal justice systems, where there is a longstanding bias against agonists. “In some ways, we are going down that road, too, where there is a plan to provide Vivitrol to 100 people,” said Mr. White.

“Alkermes lobbyists and sales reps are very active in Arizona,” noted Mr. Stavros. Gov. Doug Ducey, in his state-of-the-state message, called Vivitrol a “miracle drug” and announced that inmates would be offered a Vivitrol injection before their release from prison. To accommodate this order, the state asked CMS to be the Vivitrol provider.

However, the governor’s office acknowledged that the Vivitrol program hadn’t always been successful in other states. After completion of the 6-month antagonist treatment, over 90% of those treated ended up relapsing, said Mr. Stavros. “So our target is now 18 months of injections, with the first injection given before release.” Within 72 hours of release, the patient must report to CMS for comprehensive OTP services.

Eighteen months of injections, at $1,100 an injection—who is paying for this?

“Most of the integrations we’re building are either pro bono or are grant funded; CMS was awarded a 2016 MAT-PDOA grant to expand its jail in-reach program,” said Mr. Stavros. Methadone treatment itself is not expensive—about $55 to $60 a week in Arizona. But the cost of Vivitrol may not be something many jurisdictions are prepared for. “You see that in other states,” he added. “You start people on Vivitrol using a free sample that was given by Alkermes, and then when it’s time for the second shot, they start asking, ‘Who’s paying for this?’”

Mr. Stavros said the science is behind agonist treatment. “You have lay people, like correctional health employees and politicians, who prefer Vivitrol, but they pay attention to marketing and lobbying, not to research. Methadone is tried and true, but there’s little lobbying going on, and zero marketing,” he said. “Maybe some people think it’s not necessary, because methadone has the research behind it.”

Meanwhile, with the support of Dr. Alvarez and others, CMS has shown that an OTP can partner successfully with corrections systems, and that it can do so by using methadone.