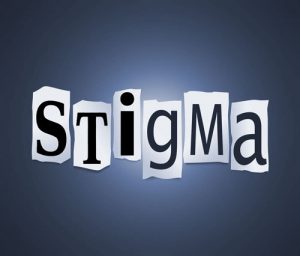 And it’s not only about stigma. It is more medically accurate to use “substance use disorder” because that is the language of DSM-5, and is the correct diagnostic term.

But that leaves us with longer, clunky terms like “substance misusers,” or “person with substance use disorder.” Somewhat difficult, you might say, to work into a headline.

Publications and Agencies Continue to Use Stigma-Causing Words

Contributing to the problem: It’s difficult to support the idea of avoiding stigma-causing words when government agencies continue to use them. An example: a recently published article reporting data from the National Survey of Drug Use and Health uses the term “abuse” in its title and its contents. (In this case the data were gathered during the 2013 calendar year—before the current brouhaha.)
See https://www.ncbi.nlm.nih.gov/pubmed/27623005.

And here’s an example where the CDC’s current website uses the words “abuse,” and “abused”:

Overdose is not the only risk related to prescription opioids. Misuse, abuse, and opioid use disorder (addiction) are also potential dangers.

However, the former director of the Office of National Drug Control Policy (ONDCP) frequently urged people to stop using stigmatizing language, and many news stories followed this. Last month, before he left federal government, he issued a memorandum to all federal agencies to avoid use of stigmatizing language. See https://www.whitehouse.gov/sites/whitehouse.gov/files/images/Memo%20-%20Changing%20Federal%20Terminology%20Regrading%20Substance%20Use%20and%20
Substance%20Use%20Disorders.pdf).

The posting contains links to sources that offer information on terminology, along with a somewhat more tolerant attitude. One resource notes that some individuals who have substance use disorders “may choose to identify themselves with a different terminology.”

AT Forum and Stigma

This isn’t the first time AT Forum has grappled with the stigma question. In February 2016 we ran a series of four articles on the causes and consequences of stigma in opioid addiction, with suggestions from experts on minimizing its effects:

Yet many headline writers in the non-medical world see no problem with using completely inaccurate terminology, such as “addicted babies.” You will even hear elected officials using this terminology. It may take Congressional action, such as Rosa’s Law, which in 2010 decreed that “mental retardation” be changed to “intellectual disability” and that “mentally retarded individual” be changed to “individual with an intellectual disability” across all governmental agencies. It wasn’t long before the news filtered down, and this extremely stigmatizing language disappeared from the world of mental illness.