A centerpiece of the American Association for the Treatment of Opioid Dependence (AATOD) is the award banquet, honoring leaders for their work in the field. 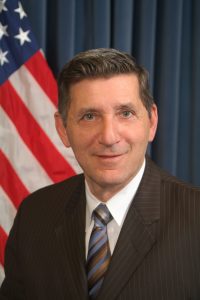 It was no surprise that Michael Botticelli, director of the White House Office of National Drug Control Policy (ONDCP), received the Friend of the Field award at the Baltimore Marriott Waterfront on November 1. Mr. Botticelli, in long-term recovery from alcoholism, has been a steadfast supporter of treatment, including medication-assisted treatment, during his tenure at ONDCP. He has also championed the use of naloxone to reverse opioid overdoses, and has worked to improve recovery support for people with opioid use disorders (OUDs).

The Nyswander/Dole “Marie” awards were established in honor of the two researchers who, along with Mary Jeanne Kreek, MD, pioneered the use of methadone in the maintenance treatment of OUDs. Dr. Kreek was also at the conference. Jerome H. Jaffe, MD, presented these awards to:

Brenda Davis, MS, received the Patient Advocacy Award, named for Richard Lane and Robert Holden, both recovering heroin users. Ms. Davis has been employed as a patient advocate for 20 years by NAMA Recovery, and she helped establish the MARS Project at the Mount Sinai/Beth Israel methadone program in New York City.

The awards banquet is supported through a grant from Mallinckrodt Pharmaceuticals.