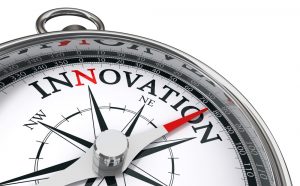 A report published online October 17 in Psychiatric Services in Advance (ps.psychiatryonline. org) describes the new arrangement between the OTP and the medical practices that treat buprenorphine patients.

The authors summarized their clinic, hospital, and corporation experiences during integration efforts. They also described the characteristics of 735 hospital outpatients given take-home doses of buprenorphine from 2006 to 2013. Table 1 of the article recaps these characteristics.

Patients with opioid use disorders (OUDs) who have comorbid conditions or are at high risk of complications of therapy have several treatment options. In this study, integrated treatment allowed patients and caregivers to choose between methadone and buprenorphine, or made it possible for patients to transition between intensive structured care and either primary care or outpatient psychiatric care, as needed. Intensive structured care can include frequent, regular visits to a psychiatrist, or even inpatient treatment. And patients aren’t required to switch from buprenorphine to methadone.

*The NYC Health + Hospitals/Bellevue Opioid Treatment Program (OTP), operated by the Department of Psychiatry at Bellevue Hospital, consists of a team of clinicians who provide patients with MAT for opioid use disorders. The clinicians dispense methadone and buprenorphine within the clinic and provide a variety of ancillary medical and psychiatric services. OTP physicians have academic appointments at the NYU Langone School of Medicine.

The opportunity to integrate buprenorphine into an OTP offers a new treatment option that better serves patients who have differing clinical needs and different levels of social support.

Some early reimbursement issues were especially challenging. The article noted that although Medicaid historically reimbursed urban OTPs for methadone treatment for heroin users, patients addicted to prescription opioids tended to consult office-based buprenorphine providers. Usually these providers were in private for-profit practices, and some patients had to pay out of pocket. At first, these early barriers probably discouraged OTPs from adding buprenorphine to their medication list.

In 2011, the New York State Office of Alcoholism and Substance Abuse services (NYS OASAS) granted the OTP a clinic-wide waiver, allowing it to dispense buprenorphine under conditions consistent with the Drug Addiction Treatment Act of 2000 (DATA 2000). OASAS also modified the requirement that new patients attend the clinic no less than six days a week to receive buprenorphine.

In 2013, additional changes greatly improved the regulatory situation. OTPs could now provide up to one month of buprenorphine take-home doses to appropriate patients, without waivers. The new guidelines also allowed integration—both medications could be dispensed in the same clinic—to replace colocation—separate clinical practices, and disjoined medical record-keeping.

And Medicaid now reimburses for individual services on an ambulatory patient group basis, the authors point out, which “better accounts for medication differences and other variations in care.” Previously, Medicaid used weekly flat reimbursement rates per patient, no matter how intensive the services. Patients receiving BMT needed to bill for more payment to cover the higher cost of buprenorphine.

The authors call for further research to address two issues: 1.) Does integrated BMT have any effect on patient relapse, retention, and dropout rates? 2.) Is it necessary to document changes in access to treatment that result from the integration?

Another innovation at OTPs could be just around the corner: The authors note that buprenorphine integration supports continued advances “that may include the introduction of extended-release naltrexone (Vivitrol) as a third treatment option.”

In closing, the authors refer to buprenorphine integration as “a model for other OTPs” that will facilitate partnerships among primary care and mental health clinics. Such partnerships will enable OTPs to “better serve diverse patients with varying clinical needs and with varying levels of social support.”