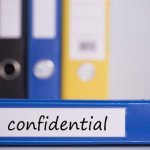 In a process that began six years ago and is likely to continue for months, the federal Substance Abuse and Mental Health Services Administration (SAMHSA) is proposing to revise the confidentiality regulations governing substance use disorder (SUD) treatment records, also known as 42 CFR [Code of Federal Regulations] Part 2. The current rule, first promulgated almost 40 years ago, requires that a patient give consent in writing to the treating provider, and the consent must specifically identify the person who will be receiving the information.

In February, SAMHSA proposed a change that would allow the patient to give “general consent,” so that the information could go to a health care system, for example, not just an individual.

This would make consent more convenient under the new electronic health systems that have replaced paper systems.

The Legal Action Center, which helped write the 42 CFR Part 2 regulations, and the American Association for the Treatment of Opioid Dependence (AATOD), two organizations that are supportive of the rights of methadone patients, endorsed SAMHSA’s proposed changes.

The Logistics of Consent

But H. Westley Clark, MD, JD, who was director of SAMHSA’s Center for Substance Abuse Treatment during the discussions about 42 CFR Part 2, is very concerned that patients understand what they are consenting to.

And for Dr. Clark, the Legal Action Center, and AATOD, that is the key point of agreement: the logistics of consent. Opioid treatment program (OTP) “and other SUD providers need to be able to clearly explain what the patient is agreeing to,” wrote AATOD president Mark Parrino, MPA, in his April 11 comments on the proposed rule.

42 CFR Part 2 was instituted originally because law enforcement officials were going into OTPs looking for patients. Clearly, this is not the way to encourage people to seek treatment. And law enforcement would still like to have the names of patients in OTPs.

Many wanted to have broader disclosure rules applied to SUD records—

similar to those of the 1996 Health Insurance Portability and Accountability Act (HIPAA). They said that the adverse effects of disclosing an SUD no longer exist, but SAMHSA recognizes that this is far from the truth.

“The laws and regulations governing the confidentiality of substance abuse records were written out of great concern about potential use of substance abuse information against individuals, causing individuals with substance abuse disorders to not seek needed treatment,” said SAMHSA in the preamble to the proposed rule. “The disclosure of records of individuals with substance use disorders has the potential to lead to a host of negative consequences including loss of employment, loss of housing, loss of child custody, discrimination by medical professionals and insurers, arrest, prosecution and incarcerations. The purpose of the regulation of 42 CFR Part 2 is to ensure that a patient receiving treatment for a substance use disorder in a Part 2 program is not made more vulnerable by reason of the availability of the patient record than an individual with a substance use disorder who does not seek treatment.”

The National Alliance for Medication Assisted Recovery (NAMA-R) is opposed to any change at all. “NAMA-R does not think this is a good idea,” said Joycelyn Woods, executive director of NAMA-R. “It means that a doctor will know you are enrolled in methadone treatment before you are able to meet him or her. And many health care professionals will have access to the information, making it easy for anyone to look up information and pass it on.”

Even though informed consent would be required by the rule, many patients “will be or feel pressured into giving consent,” said Ms. Woods. “The responsibility is on OTPs and staff to explain to patients what they are doing when giving consent. And, since many hospitals and health care facilities are already connected to a community, regional, or state HIE [Health Information Exchange], releasing information to your local hospital could result in every local health care facility and doctor having your OTP records.”

Finally, unlike paper records, electronic records are never erased. “So once your OTP record goes into the system it will be difficult if not impossible to get it back.”

In 2014, SAMHSA held a “listening session” on 42 CFR Part 2. At this session, Mr. Parrino said, “We still live in an age where police cruisers park in front of drug treatment facilities.”

Robert G. Newman, MD, was sued by the government in 1970—before 42 CFR Part 2—when law enforcement sought records of his OTP patients in New York City. He won that lawsuit. In his comments to the 2014 listening session, Dr. Newman wrote: “Misunderstanding of addiction, of addicts and of addiction treatment is near-universal in our society and—sadly—is widely evident among healthcare workers, hospitals, clinics, insurers, etc. … Accordingly, while the broadest possible knowledge of a patient’s history can be helpful in reaching a diagnosis and deciding on the optimal therapeutic course, knowledge of an addiction history is far more likely to result in negative consequences for the patient.”

But OTPs are outnumbered when it comes to changes in 42 CFR Part 2. Medicaid administrators; vendors of electronic health records (EHRs); the American Society of Addiction Medicine; the National Council for Behavioral Health; health insurance companies, including those specializing in mental health and addictions; and others have supported weakening 42 CFR Part 2, and were disappointed with SAMHSA’s proposed rule. However, OTPs have some powerful patient privacy rights advocates on their side.

Congress enacted the confidentiality law because without such privacy protections, people wouldn’t go into treatment. That would be a grave public health problem, and SAMHSA recognizes that.

Police no longer raid OTPs, but that, according to the Legal Action Center, is a tribute to the success of OTPs. Yet sanctions continue. Mothers can lose custody of their babies; people can lose their jobs, be put in jail, be unable to get a job, and more, say advocates.

For those who claim that as health care providers they need to know whether their patients are on methadone, the best answer comes from Walter Ginter of MARS: he carries a list with him that says what medications he is on, so that if he ever is in the emergency room, the health care provider will know. In addition, he tells his doctors—whom he trusts—what medications he is taking. There is no reason for it to be included in his EHR.

For the proposed rule, go to https://www.federalregister.gov/articles/2016/02/09/2016-01841/confidentiality-of-substance-use-disorder-patient-records