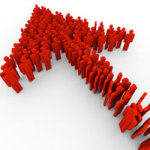 Now the government wants to lift the cap to 200.

In a heartfelt and at the same time highly professional and footnoted comment- letter on the proposal by the Department of Health and Human Services (HHS) to raise the buprenorphine “cap” from 100 to 200 patients, Mark Parrino, MPA, president of the American Association for the Treatment of Opioid Dependence (AATOD), clearly lays out the problems facing not only OTPs, but the treatment field as a whole.

The need to increase access to treatment is clear: it’s the result of “the increasing abuse of prescription opioids and the transition to heroin,” noted Mr. Parrino. It took 30 years to get to this epidemic. OTPs have 50 years of experience treating opioid addiction.

In his AATOD letter to the government, Mr. Parrino makes three main points:

One rationale for establishing buprenorphine OBOT was the desire of the federal government and Congress to “normalize addiction medicine,” noted Mr. Parrino.

In fact, nothing is known about what kind of treatment buprenorphine patients are getting—whether physicians are checking Prescription Drug Monitoring Program (PDMP) databases, conducting toxicology testing, and providing counseling and other clinical support services. On the other hand, OTPs do provide these services, and report on them.

The Substance Abuse and Mental Health Services Administration (SAMHSA) published its first Treatment Improvement Protocol (TIP) in 1993. Entitled “State Methadone Treatment Guidelines,” it was a response to a highly critical report issued by the Government Accountability Office (GAO) in 1990. AATOD helped write the TIP, and agrees with making such standards of care a requirement. Not many membership associations contribute to self-regulation; AATOD did, because it saw the need to give credibility to its treatment.

But DATA 2000 practices have no such standards to follow. Under SAMHSA’s proposed rule, they would—at least the physicians would, if they treat more than 100 patients, up to the 200-patient limit.

The standards are limited—nothing in SAMHSA’s proposed rule refers to counseling or drug testing. But DATA 2000 practices would have to collect and provide information on what they do with their patients, for SAMHSA’s review.

While it was important for SAMHSA to publish its first Treatment Improvement Protocol in 1993, OTPs had the option to follow or ignore the clinical recommendations of the TIP, said Mr. Parrino. “Accordingly, some treatment programs followed the recommended clinical guidelines, while others chose not to.”

It took SAMHSA’s accreditation mechanism to create compliance with the standards. This is the kind of standardization and monitoring AATOD would like to see for DATA 2000 practices. “Only in this way will patients get access to care beyond the prescription of a medication,” said the AATOD letter.

The need for adequate clinical care, in addition to medication, was brought into perspective early on by Vincent Dole, MD; Marie Nyswander, MD; and Mary Jeanne Kreek, MD; who developed methadone maintenance in the mid-1960s.

ASAM’s “National Practice Guidelines for the Use of Medications in the Treatment of Addiction Involving Opioid Use,” published in 2015, should not be only a suggestion, “which can be ignored or followed at will,” said Mr. Parrino.

“From AATOD’s perspective, increasing the number of patients in treatment is a part of the solution. It is important to ensure that patients receive evidence-based care in support of stabilizing and recovering from the ravages of long-term opioid addiction. Policymakers must take into account the law of unintended consequences with any immediate fix. Opioid addiction is a complicated disease, and is treatable when medications are used with other forms of care, as noted above and based on many years of evidence.”