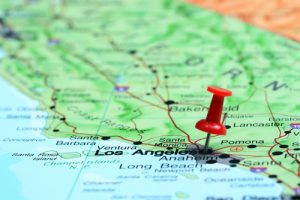 A massive change in the way California Medicaid pays opioid treatment programs (OTPs) and other programs for services related to substance use disorder (SUD) was set in motion in August when the federal government approved the state’s Section 1115 waiver, allowing it to give counties control.

This will shift the contracting and reimbursement from the state to each of the 58 individual counties, which will then be able to decide whether to opt in or opt out of the waiver. For counties that opt in—and the vast majority have indicated an interest, with those near Los Angeles and San Francisco already well into the planning stages—there will be significant extra money from Medicaid, but the counties will be required to provide all services mandated by the waiver, including methadone, buprenorphine, residential care, case management, and more. Counties in more-rural areas may decide not to opt in, which would be a loss to county residents who need treatment. The waiver requires that patients live in the counties in which they access services.

Called the Drug Medi-Cal Organized Delivery System (DMC-ODS) Waiver, the five-year plan is based on the idea that by providing a comprehensive continuum of SUD treatment services, the state will save money on health care costs for untreated SUDs, according to Tom Renfree, deputy director of substance use disorder services for the California Mental Health Directors Association, a membership organization of counties.

“This waiver gives Medi-Cal members who need help with substance use disorders a much better opportunity to get successful treatment for their individual needs,” said Jennifer Kent, director of the state’s Department of Health Care Services (DHCS), in announcing the waiver August 14. “Importantly, organizing how we deliver services to increase the success of treatment can help reduce other health care costs associated with substance use disorders.”

The waiver also makes California the first state in the country to take advantage of the new ruling by the federal Centers for Medicare & Medicaid Services (CMS), allowing states to apply for an exemption to the IMD (institutions for mental diseases) exclusion. Under the IMD exclusion, which applies to SUDs as well, Medicaid cannot be used to pay for residential treatment in facilities with more than 16 beds. The exemption, announced in a Dear Medicaid Directors letter this summer from CMS, applies only to SUDs.

Another requirement of the DMC-ODS is that the American Society of Addiction Medicine criteria must be used to determine what level of care a patient receives.

To Jason Kletter, PhD, president of California Opioid Maintenance Providers, the state-wide provider group representing OTPs, the waiver has positives and negatives. The good news is that the waiver seeks to strengthen access and broaden the continuum of services. The risk is that, historically, California counties have been inconsistent in their support for medication-assisted treatment.

Moreover, the current system, as it pertains to OTPs, was developed over the past 20 years to ensure timely access and an effective reimbursement methodology that aligns payment for services with evidence-based practices. “California has the most robust system of OTPs in the country with arguably the best access,” he told AT Forum.

California is an unusually friendly state to methadone: under the law, the state’s Medicaid program must contract with providers if a county does not support MAT and chooses to not contract, as some have in the past. The waiver literally waives federal rules that give rise to such requirements, thus allowing counties to determine which providers can contract for Medicaid services. While methadone is a required element of the waiver, there are no metrics for determining adequate access in each county.

For rural counties in the northern part of the state, which may not think they have enough patients to justify having an OTP, or just may not like methadone on philosophical grounds, the waiver could mean there just won’t be OTPs there, according to Mr. Renfree.

The residence requirement is also new—under the waiver, the county doesn’t have to pay for treatment for someone who doesn’t live there. So that would mean that someone in a rural county might not be able to travel to San Francisco, for example, for treatment in an OTP. Counties lobbied for this change, because—true to typical California reasoning—they don’t want to spend money for people who live in a different county.

Giving counties the power to selectively contract raises concerns for OTPs, mainly due to anti-methadone stigma. “COMP was very active in advocating for continued access to OTPs in the process,” Dr. Kletter told AT Forum. “We’ve got some concerns about how some counties are going to implement the waiver, because there’s been a history of stigma.” Counties opposed to methadone, for example, might decide to look for ways to limit access.

In counties that do opt in, there is concern that they might put one lone OTP in a far corner geographically, said Dr. Kletter. “That doesn’t pass the sniff test, and hopefully the state would step in and say it’s inadequate, but how that would work is unclear right now.”

“We told the state that the existing reimbursement model is perfect the way it is,” said Dr. Kletter, who is also a board member of the American Association for the Treatment of Opioid Dependence (AATOD). In 1997 the state enacted a law that required payment to OTPs be aligned with the science of good treatment, that is, providing counseling and medication adherence, and that model has resulted in California patients getting good quality care, including more counseling than programs provide in many other states. “That was prescient of the state,” he said, noting that counseling and daily dosing improve outcomes. “That was 18 years ago, and now we have health care reform, which is all about paying for outcomes, instead of reimbursing for costs.”

The waiver gives counties the authority to set rates for all services in the continuum, except methadone treatment. The rate-setting process for OTPs will remain intact for the five years of the waiver, during which time the state will develop a different reimbursement model for SUD treatment. Rates for other SUD services will be set by counties.

Dr. Kletter hopes that counties in California adopt the hub-and-spoke model used in Vermont for buprenorphine treatment. In that model, the hub is the central location where new patients go for assessment, and are then referred to either methadone, buprenorphine, Vivitrol, or some other treatment, depending on their SUD. The hub is also the OTP, and where all buprenorphine inductions are done before patients are referred to “spoke” office-based physicians.

“Counties should be very interested in that model,” Dr. Kletter said. He added that the hub-and-spoke model also creates a system that helps physicians feel comfortable becoming buprenorphine prescribers. “Physicians in the community can always refer back to the hub if the patient isn’t doing well, and they also have a partner in the hub for consultation.”

The bottom line for the waiver in California: delegating policy and the purse strings to the counties could be bad for OTP patients, who could lose access in some counties, and whose counseling has been paid for. For the past 18 years, the state has been “good to OTP patients,” said Dr. Kletter. “It’s incumbent upon us all to monitor this.”

For the state implementation plan and terms and conditions for the DMC-ODS, go to http://www.dhcs.ca.gov/provgovpart/Pages/Drug-Medi-Cal-Organized-Delivery-System.aspx.