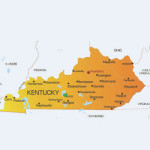 A landmark lawsuit aimed at getting Kentucky drug courts to accept medication-assisted treatment (MAT) for opioid use disorders was filed March 9 by Lexington-based attorney Mark Wohlander and Ned Pillersdorf of Paintsville, Kentucky.

“What we’re hoping to do is to change the way Kentucky courts look at opioid-addicted people,” he said. “We’re hoping to get the courts out of making decisions that should be made by physicians.”

Currently, Ms. Watson is not on any medications─but her physician said that relapse is likely, as it is with the vast majority of people with opioid use disorders who are forced to choose abstinence. “It doesn’t take much for someone to fall off the wagon,” said Mr. Wohlander. “I’ve been doing this work ever since heroin was a major drug in the 1970s, and now it’s a major drug again.” He noted that after a period of abstinence, when people go back to their regular dose of heroin, they can easily overdose and even die.

Vivitrol prevents overdose because it prevents all effects from opioids. Methadone and buprenorphine prevent overdose because they prevent cravings. “How many more people have to die from a heroin overdose before we decide on the right answer?”

Most of Mr. Wohlander’s practice is in federal court, but he has long been concerned about the “Hobson’s choice” (an option in which there is really only one choice) state courts are giving people with addiction. “Do I take the drug court decision and go drug-free, and risk dying from an overdose?” he asked. Furthermore, people who have to go through withdrawal, instead of shifting from their addictive drug-taking to methadone and buprenorphine, suffer terribly in the court system, he said. “They pick people up with addiction, throw them on a two-inch pad in a jail cell, where they go through detox in serious pain.”

As to whether the case, which is based on the Americans with Disabilities Act and other issues, will have a national effect beyond Kentucky, Mr. Wohlander wasn’t sure. “I do know the case is getting looked at by people across the country,” he said.

The complaint can be accessed at http://staging3.atforum.com/2015/03/mat-federal-lawsuit-against-the-state-of-kentucky/.