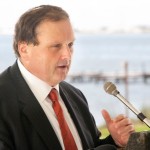 When Acadia Healthcare announced that it planned to acquire CRC Health Group last year, CRC CEO Jerry Rhodes continues championing opioid treatment programs (OTPs). At CRC, there was a robust network of OTPs, particularly with the acquisition of HabitOpco, as well as a diversified line of inpatient treatment programs. Mr. Rhodes has a vision for the future of the field that involves much more unity and less divisiveness.

In an interview with AT Forum in February, Mr. Rhodes talked about some of the hot-button issues affecting the field.

Chronicity of Opioid Use Disorders

While the drumbeat citing the need for medication-assisted treatment is growing, people are still denied the ability to actually get it, said Mr. Rhodes. There’s also the fact that the vast majority of people who go to residential treatment─without medication─for opioid use disorders fail. “There’s a discomfort that we all have that these problems are chronic,” he said. “Ultimately, we need to accept that there may not be an abstinence-based or drug-free solution for certain types of addictions.”

Mr. Rhodes has been critical of the field for having a philosophical bias one way or another, instead of looking at addiction as the medical problem it is. The goal would be to have individualized treatment, he said. “Most patients have a lot of variability. This is a complex problem, with a combination of mental health issues, drugs of abuse, socioeconomic issues, and more.”

The treatment field needs to be more unified, with providers recognizing that patients have different needs, said Mr. Rhodes. “There is no cookie-cutter approach.” Instead of the drug-free vs. MAT vs. rehab vs. psychiatric distinctions that programs make now, there needs to be a view of the patient as someone who needs treatment, period. Otherwise the field will continue its infighting, to the confusion of policymakers, payers, and others, who will move forward to treat addiction as the disease it is.

There is a role for Vivitrol in the opioid use disorder treatment system, said Mr. Rhodes, adding that Vivitrol is for patients who have already been through detoxification. There are two basic ways patients come into treatment: 1) they are still using opioids, and then start taking methadone or buprenorphine; or 2) they have been through detoxification, and are being treated with Vivitrol instead of methadone or buprenorphine.

“Many patients go through a normal course of rehab first,” said Mr. Rhodes. CRC’s program, in which patients go through withdrawal in a hospital for two weeks before getting their first Vivitrol shot, has been popular: “We’ve seen a pipeline of patients in that program.” The problem, of course, is that patients must be opioid-free for at least a week before getting the first Vivitrol shot. Even though drug-free rehabs might like Vivitrol better than buprenorphine, they are usually not providing it─they send patients home to get it. Mr. Rhodes thinks that OTPs are set up very well to provide the Vivitrol injections, because they are medical facilities. “But it’s such a new concept that I think many of the OTPs haven’t figured it out yet,” he said.

The buprenorphine cap is one such controversy, with office-based physicians─who want the cap lifted─fighting against OTPs─who are concerned that this will result in diversion, inadequate care, and a loss of their own patients. Under current law, physicians cannot have more than 100 patients on buprenorphine. However, there are proposals to raise the cap, and even one bill in Congress that would allow physicians to have an unlimited number of patients on buprenorphine. “We’re always interested in supporting access,” said Mr. Rhodes. “But the question is not so much the cap as it is making sure these patients get appropriate clinical services with the medication.”

The methadone-buprenorphine-Vivitrol controversy, which pits the only three medications approved to treat opioid use disorders against one another, is just the tip of the iceberg. There is also still a significant contingent of addiction treatment providers who are opposed to all medication. Mr. Rhodes is determined to help the field move forward, not backward.