The outlook for patients in opioid treatment programs (OTPs) who need affordable treatment for hepatitis C virus (HCV) infection has improved markedly since we reported two months ago, when the highly effective new medications cost $83,000 to $95,000 for a 12-week course.

Under fire for high prices, and competing with each other, Gilead Sciences and AbbVie have negotiated with pharmacy benefit managers (PBMs) for exclusive or preferred status for their drugs─in return for discounts averaging almost 50 percent. Discounts for OTP patients covered by Medicaid or the Veterans’ Administration (VA) can top 50 percent. With treatment now averaging about $40,000, some insurers say they can cover all HCV patients.

a For patients with genotype 1, usually the most difficult to treat.

b For patients with genotypes 2-4, thus ineligible for AbbVie’s Viekira.

c Prime: “Offering both drugs will save patients money.”

Thus, AbbVie has arranged several deals—even though its Viekira Pak is less convenient for patients than Gilead’s drugs, has more side effects and drug interactions, and often must be taken with ribavirin—a drug that can cause serious side effects.

b Ribavirin and especially PEG can cause serious side effects.

Major medical organizations recommend screening OTP patients and others at high risk, including people born during 1945-1965—the baby boomers that account for about three-fourths of HCV cases.

A dissenting group, publishing in BMJ, says that a clinical trial would be a better option than screening all baby boomers. They argue that most people with HCV will never develop severe liver disease, or even symptoms, and little is known about the long-term benefits and potential harms of the new drugs.

But data presented at a conference in February of this year favor the rationale for screening baby boomers: About half who are HCV-infected already have severe fibrosis or cirrhosis, thus are likely candidates for immediate treatment.

As for OTP patients, at least 35 percent to 65 percent are chronically infected with HCV, and many are coinfected with HIV; data from the February conference indicate that delaying HCV treatment for HIV/HCV patients until they develop advanced disease increases their risk of liver-related death by more than five-fold.

How successful patients are in getting affordable HCV treatment “depends on the state, financial-assistance and other support programs, and patients’ and providers’ pro-activeness and persistence, William Remak, MT, BPH, chairman of the California Hepatitis C Task Force, told AT Forum. Personal qualities matter: “Responsible, productive patients—those with confidence and knowledge—can overcome diversity and have better outcomes.”

He added, “But we also need greater transparency. Sometimes patients have to choose a health plan without even knowing if their drug is on the formulary. They need to know what health plan gives them access to the drugs they need.”

Competition and negotiation have cut the costs of HCV medications roughly in half for some privately insured patients, although exact dollar amounts haven’t been disclosed. 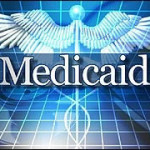 Traditional Medicaid mandates a 23-percent discount for brand-name drugs, but states can negotiate deeper cuts. Medicaid requires states to cover FDA-approved drugs marketed by companies that have negotiated rebates with the federal Medicaid drug rebate program (Gilead and AbbVie have). But states can, and do, impose restrictions, such as requiring prior authorizations, using preferred drug lists, and rationing delivery, with the sickest patients being top-listed, and patients with current or prior substance abuse issues often excluded or given low priority.

Missouri joined a purchasing consortium of 25 states in selecting Viekira Pak as its preferred option for most Medicaid recipients, replacing Gilead’s Sovaldi. This will save the state about $4.2 million during the coming fiscal year. Other states are considering various rebate offers. California has set aside enough money to cover all medications for Medicaid patients.

Some state-funded Medicaid programs are under budgetary pressure. Rhode Island restricts Sovaldi to Medicaid patients with late-stage liver failure, citing an estimated $220 million price tag if the state were to treat all HCV enrollees. Recipients must be in rehab or free of substance abuse for at least six months. Illinois, Oregon, and some other states have similar restrictions, severely limiting OTP patients’ access to the life-saving medications.

Special managed care programs enroll about 70 percent of Medicaid patients. Each state they cover pays a set amount per member per month, and programs cannot raise existing premiums during the year.

Medicare doesn’t receive the discounts other agencies do, and is prohibited from negotiating directly with pharmaceutical companies. Instead, each individual plan negotiates prices separately with manufacturers. Medicare Part D plans and Medicare Advantage (MA) programs—the latter are primarily HMOs or PPOs—vary in coverage and in the plans they offer in each state, but all Part D plans and most MA plans do cover HCV medications.

OTP patients with HCV are facing high out-of-pocket Part D costs in 2015. AT Forum contacted AARP’s Patricia Barry, author of Medicare for Dummies, who checked the costs for Sovaldi in Maryland under a variety of Part D plans. Her conclusion: “The cost works out at about $7,000 for a three-month course of treatment,” agreeing with an estimate in Health Affairs Blog. Ms. Barry emphasized that patients need to check all Part D plans in their state and compare coverage costs for their specific drugs.

Medicare Advantage programs are a real challenge for people with chronic illnesses, such as HCV, Jacques Chambers, CLU, a contributing writer for HCV Advocate Newsletter, told AT Forum. He explained that this is primarily because most such patients have established relationships with their specialists, and are reluctant to leave them. Also, some MA carriers require patients to see a primary care physician before each visit to a specialist.

The VA has arranged a discount of 44 percent with Gilead, but currently limits coverage to the sickest patients.

Although negotiations and exclusive deals have dropped the costs of HCV drugs to more-affordable levels, some clinicians suggest that PBMs may be making treatment decisions caregivers should be making—and that the deals could impact doctors’ ability to choose the best treatments for their patients, possibly affecting patient compliance. If health practitioners lack flexibility in treatment decisions, current or previous substance abuse and co-occurring conditions can put OTP patients at a severe disadvantage.

But administrators of health care plans say they have flexibility, and will act appropriately. For example, officials in Missouri have said that the state would continue to provide Sovaldi to the 15 percent to 20 percent of patients for whom Viekira Pak isn’t appropriate. Yet some patient advocates wonder if patients covered in negotiated deals will always be able to get the most appropriate drug.

A panel of 30 prominent doctors and health experts, formed in 2013, will soon meet to consider the cost-effectiveness of HCV drugs, and the key question of when to begin treatment. The panel will publish updated guidelines that could change prescribing practices and coverage.

In a future article, AT Forum will explore linking OTP patients with HCV testing and treatment services and sources of financial aid.

The Cost of a Cure: Medicare’s Role in Treating Hepatitis C. http://healthaffairs.org/blog/2014/06/05/the-cost-of-a-cure-medicares-role-in-treating-hepatitis-c/.