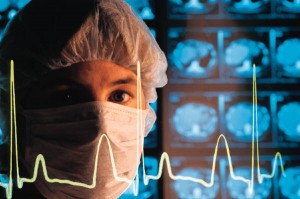 “Methadone represents today the gold standard of efficacy for the pharmacological treatment of opioid dependence,” states the newly published (June 20) Cochrane Review on QTc interval screening for cardiac risk in methadone treatment. The review goes on to say that “methadone, like many other medications, has been implicated in the prolongation of the [QTc] interval of the electrocardiogram (ECG), which is considered a marker for arrhythmias such as torsade de pointes (TdP).” It further notes that the recommendations and consensus statements regarding QTc screening developed for patients receiving methadone maintenance treatment (MMT) have been questioned

Cochrane investigators undertook a review study “to evaluate the efficacy and acceptability of QTc screening” to prevent cardiac-related morbidity and mortality in MMT. The authors performed an extensive search of MEDLINE, EMBASE, other databases, and electronic sources of ongoing trials, and identified 872 pertinent records.

Their finding: “No evidence has been found to support the use of the electrocardiogram (ECG) for preventing cardiac arrhythmias in methadone-treated opioid dependents.”

Just as methadone is considered the gold standard in treating opioid dependence, Cochrane reviews are internationally recognized as the gold standard in evidence-based medical information. Using predefined criteria, Cochrane researchers conduct meticulous statistical data analyses to determine the efficacy of medical interventions. Cochrane Reviews are published by The Cochrane Collaboration, an independent nonprofit organization with 28,000 volunteers in more than 100 countries.

Screening guidelines recommended several years ago by an Expert Panel (Krantz, 2009) were a pretreatment ECG for all patients being considered for methadone treatment, to measure the QTc interval; a follow-up ECG within 30 days and annually; and additional ECGs if the daily methadone dosage exceeds 100 mg, or if unexplained syncope (loss of consciousness) or seizures occur.

A different Expert Panel (Martin, 2011) recommended instead a baseline ECG at the time of admission and within 30 days only for patients with signiﬁcant risk factors for QT prolongation, and additional ECGs annually, or whenever the daily dose exceeds 120 mg.

The Cochrane study points out that the procedures involved in ECG screening may be “too demanding and stressful,” and “may expose patients to health consequences of untreated opioid addiction, including increased mortality risk.”

Untoward health consequences can occur when unnecessary evaluations and false-positive findings result in delays for additional studies and other treatments. In the meantime, some patients’ opioid addiction goes untreated, with potentially fatal outcomes—a factor that “does not seem to have been appropriately ruled out” by those drafting the screening guidelines, according to the authors.

Key Points in the Review

Unable to find any study that fulfilled methodological criteria for their review, The Cochrane authors said “it is not possible to draw any conclusions about the effectiveness of ECG-based screening strategies for preventing cardiac morbidity/mortality in methadone-treated opioid addicts.” Their recommendation: “Research efforts should focus on strengthening the evidence about the effectiveness of widespread implementation of such strategies and clarifying associated benefits and harms.”

In summing up, the authors note the lack of scientific evidence supporting ECG-based screening, and point out that “many examples of screening tests that were believed to be efficacious and recommended until rigorous evaluation showed their disadvantages are reported in the literature.” So, this appears to be another case of recommendations and guidelines being enacted “without the scientific rigour applied to other areas of medicine.”

The Cochrane study, with a complete description of study methods and results, is available for purchase through the Wiley Online Library at http://onlinelibrary.wiley.com/doi/10.1002/14651858.CD008939.pub2/abstract