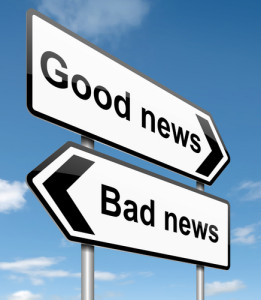 Heading into the first year of the Affordable Care Act (ACA), Jason Kletter, PhD, president of BAART Programs, a drug-treatment provider, describes the California reimbursement situation for opioid treatment programs (OTPs) as good news and bad news. “The good news is that California has elected to implement the Medicaid expansion, and that methadone is a covered benefit for the expansion population,” he told AT Forum. “The bad news is that the insurance exchange adopted a benchmark plan that specifically excludes coverage of methadone, but does cover buprenorphine.” While the OTPs are still working with the state on getting plans under the exchange to adopt methadone maintenance, that process will take time, Dr. Kletter explained.

Under the ACA, states can expand the Medicaid population—and receive a 100-percent federal match—to all individuals making up to 133 percent of the federal poverty level. The exchange, also called the “marketplace,” allows people who make 133 percent to 400 percent of the federal poverty level (about $45,000 for an individual), who are not eligible for Medicaid, to obtain commercial insurance with subsidies. Medicaid expansion now includes a federal match for everyone who qualifies based on income—including childless adults. The hope is that, together, Medicaid expansion and the exchanges will create a 100-percent-insured population.

While buprenorphine itself is far more costly than methadone, the way it is usually provided—by an office-based physician—is very different from the comprehensive treatment provided in an OTP, which includes counseling and drug-testing. This presents some problems even with Medicaid. OTPs are now allowed to dispense buprenorphine, but many haven’t figured out yet how to do so, said Dr. Kletter. “We know the Medicaid program in California will reimburse the cost of the medication. But if an OTP were to buy buprenorphine and dispense it, it’s unclear if we can get reimbursed.” Additionally, if a patient is getting buprenorphine from an office-based physician, it’s unclear whether that patient could even be enrolled in an OTP for counseling and other services. Dr. Kletter did meet with state officials to determine how to close some of these gaps.

But Medicaid coverage for methadone and OTPs is guaranteed, which will vastly change the payment scenario for providers and improve the lives of current patients, as well as prospective ones. Medi-Cal, the state’s Medicaid plan, is expected to have many new beneficiaries who previously did not have access to insurance or treatment, and Dr. Kletter said OTPs in the state have to be prepared for this—especially since many of these people are already patients.

Most of those to be covered are people who would qualify currently under income rules, but do not qualify currently because the rules also require them to be disabled, or on SSI, or to have had children. The biggest proportion of new patients will be childless adults—most commonly men—who will for the first time have access to Medicaid-funded methadone. “This is a huge benefit for communities and society generally, and for local governments as well,” said Dr. Kletter.

Moving From Self-pay to Medicaid

Paradoxically, it may be current patients who benefit the most from the new rules, said Dr. Kletter. “We’re not sure a whole lot of new people are going to be coming through our doors right away,” he said, because of outreach and communication problems enrolling them in Medicaid. But many patients already in treatment have to pay out of pocket, and are having a hard time doing so. “They can pay one month, then they can’t pay, then they relapse,” he said. “It’s an up and down process, and those are the folks that have the hardest time staying in treatment.” Under the ACA, they can now qualify for and be enrolled in Medi-Cal, which will pay for their treatment.

One note on the benchmark plan on the exchange: The small group plan in California will cover methadone maintenance for pregnant women up to 60 days post-partum, but otherwise will not cover methadone for anyone, said Dr. Kletter.

The bottom line: the good news about Medicaid far outweighs the bad news about the exchange—and that bad news could change.