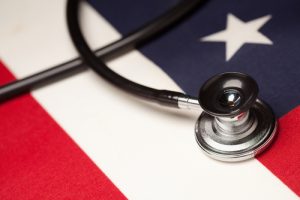 Peers—patients in medication-assisted treatment (MAT) who are in recovery—are gradually being enlisted into the workforce, thanks to the Affordable Care Act (ACA). Two kinds of roles are surfacing: recovery coaches, and “navigators” who help enroll uninsured people in private insurance through health insurance exchanges. The recovery coaching idea is not new, but the navigator one is—especially at the level of actually enrolling patients.

Community-based organizations in New York City have already signed up to be navigators, and the National Alliance for Medication Assisted Recovery (NAMA) hopes to be a part of this, says Joycelyn Woods, executive director.

Ms. Woods, like many observers, thinks there are going to be many glitches in getting people enrolled, and doubts that everyone who isn’t insured will be by next January. NAMA received a grant from the Substance Abuse and Mental Health Services Administration (SAMHSA) for educating patients and training navigators. “What SAMHSA is trying to do is to educate people,” explains Ms. Woods.

Recovery coaches will be a great asset to opioid treatment programs (OTPs), because they will make the programs more like the early ones in which “half the staff were patients,” says Ms. Woods. “They would hire patients and social workers and pair them together. The social worker would teach the patient about the academic part, and the patient would teach the social worker about the other part.” The “other part” is the experience of being a patient, a person with addiction, a person in a program.

Training is based on the Connecticut Community for Addiction Recovery (CCAR) protocol. As it is being used in the FOR-NY Recovery Coach Academy, the training consists of 30 hours. CCAR includes regular follow-up telephone calls—that probably won’t happen with Medicaid, which requires face-to-face contact, says Ms. Woods. But in New York City, which is not rural like Connecticut, it’s likely that face-to-face counseling can be done.

There are also issues with the payment structure for the peers doing coaching, and the state is still working on those.

There’s a subtle difference between what a navigator does, and what the peer acting as a navigator does, says Tom Hill, director of programs at Faces and Voices of Recovery, which has been a major guiding light in the peer recovery coaching movement. “The peer assister or navigator does outreach and pulls people in to walk through the insurance enrollment process,” says Mr. Hill. “There’s one port of entry, and depending on the income, the person would be routed to Medicaid or the exchanges.”

The enrollment process for Medicaid has always been cumbersome, but the Center for Medicare and Medicaid Services (CMS) says it has simplified that process, notes Mr. Hill. “An organization that is able to conduct outreach and get someone to a computer can walk them through the process and get them enrolled.” The Centers for Medicare and Medicaid Services (CMS) is soon to issue a request for applications for navigator grants, says Mr. Hill.

The SAMHSA grants are small: only $25,000 for and there were only eight awarded, says Mr. Hill. “They’re not very detailed because there’s only so much you can do with that amount,” he says. “Some of the grants deal directly with developing enrollment strategies—but others are more generally focused on educating the community,” he says.

There’s a lot of pressure to enroll uninsured people by October 1, says Mr. Hill. “We’ve been pretty clear that the folks we have on the ground in addiction recovery communities are capable of doing the assisting and the navigating,” he says. “Now it’s just a matter of everything falling into place.”

New York City is a good litmus test for the navigator grants, says Mr. Hill, noting that the NAMA grant is good model.

The NAMA contract is to educate MAT patients about the ACA, says Walter Ginter, project director of the Medication Assisted Recovery Support (MARS) project at NAMA. “We’re going to contact all the doctors, and through focus groups and webinars, provide the education about the exchanges,” he says. But he is concerned that the education isn’t going to go far enough, and that actually enrolling people in insurance is a task that has not been well thought out.

“There’s a lot going on at breakneck speed right now,” he says. “It’s exciting and scary and terrifying.”