Prescription drug monitoring programs (PDMPs), electronic databases of prescriptions submitted by dispensers (pharmacies and practitioners
who dis­pense out of their office) and run by state agencies, are useful to help coordinate care, prevent doctor-shopping, deter prescription
drug abuse, and assist law enforcement authorities in preventing diversion. As of September 2011, 36 states have operational PDMPs, and an additional 12 states and 1 territory have enacted legislation to implement a program. Most PDMPs collect data on schedules II to IV controlled substances.

The letter from Dr. Clark cites a case study in which an OTP medical director found that 23 percent of patients in the OTP were prescribed significant amounts of benzodiazepines, opioids, and other controlled sub­stances, unknown to clinic staff and revealed only by a search of the PDMP database.

The case study, a first-person account, is appended to the Dear Colleague letter and shows clearly the patient safety issues these other substances raise when OTP staff is unaware they are being prescribed. Methadone is a powerful, long-acting opioid and “can be fatal when mixed with other drugs or medications,” the OTP medical director’s account says. “Benzodiazepines, combined with methadone or other opioids, have caused many overdose deaths in our state . . . Opioids can cause overdose deaths even if not mixed with other drugs. For this reason, it’s critical to know whether or not the patient is getting another opioid in addition to the methadone we are prescribing.”

The medical director recalled that at least eight of these patients were filling prescriptions for metha­done, in addition to their methadone doses prescribed by the OTP. “About half of them said they were selling or giving the methadone pills prescribed by community doctors to friends or family. The other half claimed to be taking the extra methadone themselves, with no good explanation about why they hadn’t asked for dose increases at our treatment program.”

Some patients said they had been taking prescriptions for benzodiazepines (mostly alprazolam, diazepam, or clonazepam), and “found methods to avoid detection on observed urine drug screens, some said they were giving them to friends of family members, and some admitted to selling them.” The community-based physicians prescribing these medicines didn’t know that the patients were being treated at an OTP, the medical director said. And, no one at the OTP was aware that these patients were see­ing other doctors or being prescribed benzodiazepines or opioids.

The OTP medical director noted that many patients ultimately appreci­ated the program’s efforts to address this problem, adding that there was less drug dealing going on in the nearby parking lot. “The majority of patients were dedicated to their recovery and found the drug dealing to be a temptation and a vexation.” Also, counselors and nurses said patients who were discovered through the PDMP became compliant with treatment and indicated that the PDMP system helped with their recovery.

The case study concluded that initial and ongoing monitoring of a patient’s prescription history using PMDP data can play an important role in safe and effective addictions treatment. 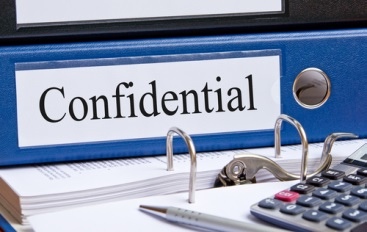 Chris Baumgartner, program coordinator with Alliance of States with Prescription Monitoring Programs (ASPMP), which provides technical assistance under a Bureau of Justice Assistance contract to BJA-fund­ed PDMPs, said that if the patient got a prescription from the OTP and took it to a pharmacy, the pharmacy will input that data. But OTPs cannot participate by providing dose or dispensing information, he said.

CSAT notes OTPs should consider notifying patients about the existence of PDMPs. This also can serve to facilitate open communication with patients about their prescriptions and help coordinate care between the OTP and other medical providers.

Will Accessing PDMPs be a Barrier to Entering Medication-Assisted Treatment?

“From my perspective, I do not see a con to having programs access PDMP databases in terms of getting information,” said Mark Parrino, MPA, president of the American Association for the Treatment of Opioid Dependence (AATOD), which has been working with the ASPMP. “If there is a con, it’s basically going to be that some patients may not want to enter an OTP—word will eventually get out that programs will be accessing this data,” he said. “But frankly, I do not see this as a con.”

Mr. Baumgartner agreed that knowing that the OTP is participating in accessing information may be a barrier to treatment. “The patient may say, ‘If you’re going to monitor me, I don’t want that.’”

http://www.maine.gov/dhhs/osa/data/pmp/treatment.htm (how Maine tells OTPs to use PDMPs). Accessed November 10, 2011.

For more on the federal confidentiality regulations and OTPs, go to http://s1052832.instanturl.net/newsletters/2010fall.php#otpconfidentiality Accessed November 10, 2011.