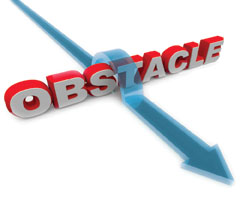 As more buprenorphine is prescribed in physicians’ offices to treat opioid addiction, the potential for diversion and misuse increases. But people buying buprenorphine on the street are not generally doing so for its euphoric effects. Most are taking it because they are dependent on heroin or prescription opioids, or both, and want to prevent withdrawal symptoms between “highs,” according to Jane C. Maxwell, PhD. Dr. Maxwell, a research professor at the Addiction Research Institute at the University of Texas at Austin, is an epidemiologist who studies drug abuse trends nationwide. She tells AT Forum that the amount of the drug being prescribed reflects increasing demand for opioid treatment.

The Drug Addiction Treatment Act of 2000 (DATA) made it possible for any licensed physician to treat opioid addiction with Schedule III, IV, and V medications in their private offices by obtaining a federal waiver. Buprenorphine is a Schedule III drug. Methadone, a Schedule II drug, is not covered by DATA.

As part of DATA 2000, the federal government required additional protection against buprenorphine diversion:

Buprenorphine was first approved for treating opioid dependence in 2002. Within two years the DEA was issuing warnings about buprenorphine abuse, especially in the Northeast. Nicholas Reuter, MPH, senior public health advisor for the division of pharmacologic therapies at SAMHSA’s Center for Substance Abuse Treatment, told AT Forum in May that buprenorphine diversion is a “significant concern.”

Diversion and abuse increase with supply, Mr. Reuter says. The New England and Southern regions have the highest buprenorphine supply, and highest diversion rates. “The more you prescribe and the more that’s available and out there, the more that can bleed out into the illicit market.”

Put in context however, buprenorphine abuse “pales in comparison to other prescription opioids,” says Mr. Reuter. “We have a prescription drug abuse problem in the United States that Suboxone is a part of, but the abuse levels are dramatically less than for other opioids.”

Reasons and Sources For Diverted Buprenorphine

An ethnographic study in Massachusetts and Vermont found that Suboxone is used to avoid opioid withdrawal when preferred opioids are not available or are too expensive, says Mr. Reuter. Sixty percent of study participants obtained Suboxone illicitly from an individual holding a legitimate prescription for the medication. When legitimate access to prescription Suboxone was unavailable, participants went to other sources, including 39 percent who went to heroin dealers to purchase the drug, he says.

Diversion and illicit use of Suboxone are increasingly reported in incarcerated populations. Recent news reports tell of Suboxone pills and the new Suboxone film being smuggled into prisons and jails. The tablets have been crushed and mixed with crayons, used to color pictures, then licked off the paper. The film has been tucked behind envelope seams and stamps.

Many recreational drug users are finding buprenorphine readily available, and naïve opioid users feel some euphoria from Suboxone, especially when taken in combination with alcohol or other sedative drugs.

A study presented at the College of Problems on Drug Dependence in June found that the greatest risk factor for misuse of buprenorphine was being unable to get into treatment.

Ohio’s most recent surveillance report found that street availability of Suboxone is high in most regions. It’s not clear where the diverted Suboxone is coming from, but the market for it on the street indicates a need for more treatment for opioid addiction, says Orman Hall, director of the Ohio Department of Alcohol and Drug Addiction Services. Mr. Hall tells AT Forum that buprenorphine diversion in the state is now a concern.

The rise in prescription opioid abuse is causing Ohio to change the way it treats addiction, by adding more medication-assisted treatment (MAT), says Mr. Hall. “Historically, Ohio has been anabstinence state. We’re now looking at a number of medications, and we’ll revamp our methadone treatment guidelines as well.”

Should Buprenorphine Regulations Be More Restrictive?

Dr. Maxwell is concerned that if buprenorphine diversion continues to rise, stigma will increase, and policy makers may begin to view it negatively. This would result in heightened controls and    reduced access to all MAT. The unfolding buprenorphine experience with diversion may just reinforce anti-MAT attitudes and make all opioid agonist treatment more restrictive and less accessible.